Food waste and its impact on the environment 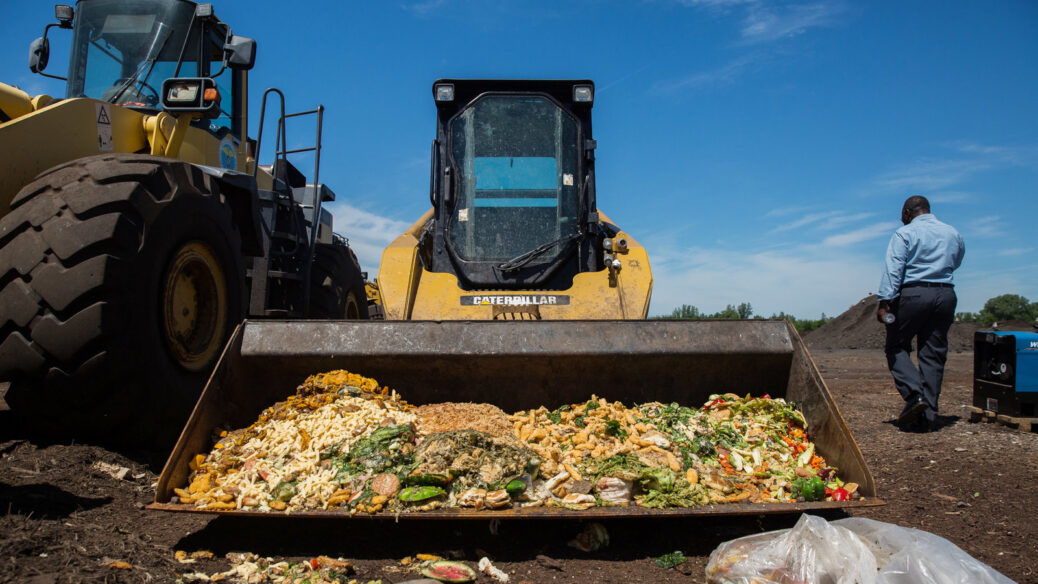 Did you know food waste is closely linked to Globalization? Yes, food waste is the major contributor to Greenhouse gas in turn climate change. Many of us don’t realize how much food we waste at some point in time. For instance, think about the days when we cook more than what we could eat or the milk that is left too long inside the refrigerator. All these are discarded on landfills which rot there for days to produce greenhouse gas. Throwing occasionally might sound like meager damage to the planet from one household. According to Food and Agricultural Organization, we waste about one-third of all produced food. To say roughly, if food waste was a country it would be the third-largest in the world.

Food waste not only occurs at the retailer or consumer stage. It occurs throughout all the stages of processes. Also, this is not about just wasting food, think about the land, water, fertilizer, money, fuel, and energy spent on raising that wasted food on the farm. All this is vain because we don’t handle food properly. Just because of that one-third of it is discarded.

Let’s see what is Food waste and Food Loss

Food waste and food loss might seem like similar terms but they are different. Food loss alludes to the earlier stages of production such as harvest, storage, and transportation. Whereas food wastage alludes to food that is good for human consumption however discarded, regularly at general stores or by consumers.

Food waste means water waste! Yes, when you waste food, you’re wasting millions of water too. Agriculture uses most of the world’s freshwater. Those freshwater resources are diminishing quickly, just like the rise in demand for millions of hungry people and thirsty people globally. We use a large amount of water in every stage of producing food like irrigation, spraying, poring, or any other means. Also, water is much needed for feeding cattle, fishes, and poultry.

So when discarding food, we also throw away millions of gallons of water used to grow plants and sustain them. Fruits and vegetables that we eat are laden with water because millions of tons of water are used to grow them, even meat and poultry are the heaviest users of water because they drink a lot of water. Each crop has different water needs likewise each animal has different water needs. For instance, to produce a loaf of bread you need 100 buckets of water, whereas to rear one chicken breast you need 54 buckets of water.

Finally, the water used for wasted food is calculated approximately as 45 trillion gallons. Or in other words, 70% of all fresh-water is used for agriculture.

When food is thrown, Methane is released!

To grow, transport, store, and cook food we use oil, diesel, and fossil fuel. For instance, harvesting machinery uses a large amount of fuel, transporting food from the farm to the warehouse, further the machinery that sort, clean, package, or prepare food. Much of these machinery need oil, diesel, and other fuels. Moreover, the landfills are always away from the cities. Hence it is transported faraway through garbage trucks using fuel or diesel to vehicles. Using these fuels release harmful greenhouse gas into the environment. Wasting fuel, or oil both in the back and front end by wasting food has a lot of impact on our environment.

About 67 million tons of food in India is wasted every year among which 70-75% of food waste rots in landfills. This puts an overstress on our land which has worked hard to produce food for us already. If we don’t care for losses soon, the ability to yield over-time will degrade as well.

Biodiversity refers to the full spectrum of life across different species and kinds of organisms in an environment of eco-system. For rearing or growing livestock deforestation is done. This affects our natural flora and fauna. When there is an increase in the population of livestock, more natural land is turned into pastures. More the livestock graze on land more it become non-arable. The land becomes less natural and diverse. Marine fishes are caught in large quantity not realizing how their decrease in a population can affect our Bio-diversity. These fishes are then thrown out by consumers, or rejected by stores just because they don’t meet their quality standards or otherwise left to rot in a truck.

So don’t dump/discard food waste on landfills, instead CHUGG IT! Have happy recycling.

Leave a reply Click here to cancel the reply