Types of Greenhouse gas emission and solutions to reduce them 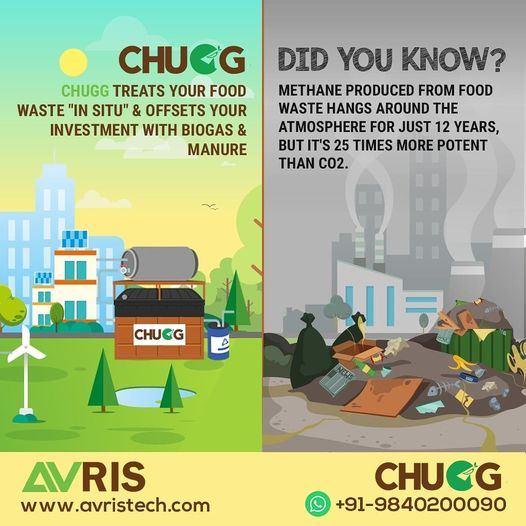 The man-made greenhouse gas sources are as follows

Why Greenhouse gas is bad?

As greenhouse gas emissions from human activities increase, so do the greenhouse gas build-up in the atmosphere leading to climate change, and many other changes in the atmosphere, on land, and in the oceans. These changes have both positive and pessimistic impacts on individuals, society, and the climate—including plants and animals. Since a large number of greenhouse gases stay in the atmosphere for tens to hundreds of years after being released into the atmosphere their warming consequences for the environment continue for quite a while and can therefore affect both present and future generations.

Modern climate change is brought about by an excess of greenhouse gases in the atmosphere. Thus, over-insulates the planet, and accordingly leads to temperature rise.  The impact of an excessive amount of insulation over-heats the atmosphere which has already begun to cause changes in the climate.

Methane is a colorless, odorless, and highly flammable gas made up of one carbon atom and four hydrogen atoms (CH4) as its primary components. It is produced naturally and can also be produced synthetically. When burned in the presence of oxygen it produces water vapor and CO2. Methane is a significant contributor to climate change and is one of the most powerful greenhouse gas emissions.

How it’s produced: Released during the production, and transportation of fossil fuels, oil, and natural gas. Methane emission also occurs from livestock, agricultural practices, and anaerobic digestion of organic waste matter in the landfills.

The average lifetime of CH4: Around 12 years

Global warming potential: 28-36. It is short-lived and traps 20 times more heat from the atmosphere compared to CO2.

The water then goes above the boiling point produces steam and evaporates. This can occur anywhere in a lake, river, or ocean. This evaporated steam forms clouds and rains back on Earth. Thus causing a cooling effect in the atmosphere.

Water vapor, on the other hand, is one of the world’s largest contributors to the greenhouse effect. On average water vapor affects the atmosphere by 60%. The amount of water vapor is directly in direct connection to the temperature. In the event that you more water evaporates and becomes vapor, and the other way around. So when something different like additional CO2 from non-renewable energy sources more water evaporates. Thus additional water vapor causes the temperature to go up even further. Hence water vapor is considered one of the major contributors to the greenhouse effect.

Carbon dioxide mainly comprises carbon and oxygen and is naturally found in the atmosphere. It is produced from decaying, living organisms, and volcanos.

How it’s produced: Produced when fossil fuels such as oil, natural gas, and coal are burned for energy, solid wastes, wood products, and trees. Changes in land use, deforestation, soil degradation, also add carbon dioxide to the atmosphere.

Average lifetime: Once CO2 is emitted it hangs around the atmosphere for 100-300years

Ozone comprises of three oxygen atoms (O3) which occurs both in Earth’s upper atmosphere, and ground level. Naturally present ozone gas reflects solar radiation back to space protecting people and the planet from harmful radiation. Whereas the ground level ozone gas is a harmful air pollutant. Pollutants from a wide range of sources react with each other forming ground-level ozone gas. This gas is unhealthy- causes chronic diseases in humans, and leads to many environmental challenges.

Ground level ozone emission is not naturally present in air, but is created by wide range of pollutants. For instance, when pollutants emitted by cars, power plants, industrial boilers, refineries, chemical plants, and other sources chemically react in the presence of sunlight ground-level ozone gas is created.

The average lifetime of Ozone: Between 50-100 years

Global warming potential: GWP value for ozone is between 918-1022—one of the highest values recorded. Whereas, when considered over a 20-year horizon the GWP is valued at only 62-69

Nitrous oxide comprises two nitrogen atoms and one oxygen atom(N2O)- a greenhouse gas hundreds of times more powerful than carbon dioxide. It is a natural part of the nitrogen cycle which is made by bacteria present in the soil, and the ocean.

Emission of nitrous oxide occurs during agricultural and industrial activities, as well as during the combustion of fossil fuels and solid waste.

Agriculture releases about 80% of nitrous oxide, therefore, encourage farmers to use fewer nitrogen fertilizers. Nitrogen fertilizers emit nitrous oxide into the air also reduces the humus content of the soil. The residual by-product of CHUGG- innovative food waste treatment system is rich in nitrogen, phosphorus, and potassium in the right amount required for crops to grow. It also adds the humus content of the soil and improve plant growth by reducing weed growth by 50%. Hence it is evident that it very ideal for plant growth.

Several gaseous compounds that contain carbon, chlorine, fluorine, and sometimes hydrogen, that are used as refrigerants, cleaning solvents, and aerosol propellants and in the manufacture of plastic foams, are believed to be a major cause of stratospheric ozone depletion. Chlorofluorocarbon damages the protective ozone layer and is a potent greenhouse gas emission

A group of gases that contain fluorine, including hydro-fluorocarbons, per-fluorocarbons, and sulfur hexafluoride, among other chemicals that are emitted from a variety of industrial processes and commercial and household uses and do not occur naturally.

Leave a reply Click here to cancel the reply