How Food waste treatment system contributes to a greener environment 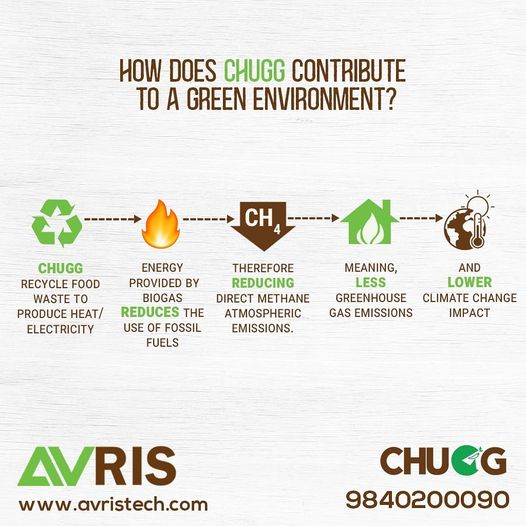 Food waste is an unavoidable result of modern society. Although there are no authoritative figures for worldwide food waste, it has been accounted that around 40% of food is intended for human utilization is lost or wasted all through the food supply chain.  This includes crops rejected at harvest, processing and manufacturing losses, unsold food at retail, and disposals by the consumer. Developed nations in general have significant losses in the consumption stage, though non-developed countries have huge post-reap losses related to poor storage capacity and access to refrigeration.

The majority of this food waste is generally collected by the municipality and sent to landfills or some of this is recycled. However, there is an increasing awareness of the environmental damage this food waste can cause. Waste disposed of in landfills generates methane a potent Greenhouse gas. Although many sites employ landfill gas capture, its efficiency is approximately estimated to be 68%. The recycling of food waste prevents the release of methane into the atmosphere and produces Biogas for the use of heat/electricity. The residue from the food waste known as ‘digestive bio-slurry is used to facilitate the cultivation of crops.

Thus, there is a need to replace landfilling with other treatment strategies that empower sustainable tackling of the value of food waste streams. The most well-known treatment technique presently utilized all over the world for food waste gathered separately by source segregation is anaerobic digestion.

CHUGG is an innovative one-stop solution for food waste treatment in India developed by AVRIS environment technologies in Chennai transforms your food wastes into Biogas in the absence of oxygen which can be used as cooking fuel and soil conditioner. Let’s see how CHUGG contributes to a greener environment by converting food wastes, garden trimmings, and kitchen scraps into renewable energy.

Biogas is a clean source of energy produced as a by-product when food waste is burned under an anaerobic process in the absence of oxygen. The gas flows to the kitchen stove through pipelines. This gas can be used to produce both heat/electricity. It is a smokeless domestic fuel that prevents people from being exposed to smoke in the kitchen. Biogas is lighter and less lethal than LPG. CHUGG- food waste treatment system yields 4 cum of biogas per 75Kgs of food waste, which is equivalent to 2kgs of LPG gas per day. Thus Biogas is not only safer for residents but also reduced your LPG bill drastically.

The energy provided by Biogas reduces the use of fossil fuels

Biogas produced from food waste replace fossil fuels and are used for heat/ electricity. Biogas replaces energy generation that is otherwise created through the burning of fossil fuels. Burning fossil fuels emit a large quantity of carbon dioxide. This is a greenhouse gas that traps heat from the atmosphere and results in climate change. Not just climate change extracting fossil fuel from nature causes land degradation, water pollution, air pollution, and Global warming. Biogas production from the CHUGG-food waste treatment system is the cleanest and cheapest renewable energy which efficiently replaces fossil fuel by providing energy for cooking, electricity, and as fuel.

CHUGG-an innovative food waste treatment system in India captures methane that can be otherwise released from improper food waste handling and has the potential to reduce greenhouse gas emissions and produce clean energy. Methane is 21 times more potent than carbon dioxide and is a major contributor to greenhouse gas emissions into the atmosphere. It is also responsible for up to one-third or near-term climate change. Thus CHUGG reduces the emission of Methane by treating food waste at the source and captures it. The byproduct biogas can be then utilized for cooking and electricity.

Extracting fossil fuels, and diverting food waste, garden trimmings, and kitchen scraps to landfills emit a large amount of Methane into the environment. Organic waste recycling is now easy with CHUGG-an an innovative food waste treatment that eliminates the emission of methane by treating food waste at the source. Thus by installing CHUGG in your entity food waste generated every day can be treated to produce clean energy. This energy can be replaced with LPG hence reducing the use of fossil fuels.

The increase in demand and consumption of energy has changed the natural Greenhouse. This leads to climate change due to the emission of greenhouse gases such as carbon dioxide, methane, nitrous oxide, and water vapor. Out of which Methane is less abundant but more potent than other greenhouse gases as it traps more heat from the environment.

Nitrous oxide released from bacteria present in the soil is another gas responsible for climate change. When we use nitrogen fertilizer on the soil we feed those bacteria thereby producing more nitrous oxide. The residue produced as a Byproduct of CHUGG is known as digested Bio-Slurry which is a perfect soil conditioner. Bio-Slurry contains all essential nutrients needed for crops hence supporting the crop nutrient cycle and as well as reducing soil degradation and erosion. Using Bio-slurry reduces the use of nitrogen fertilizer which significantly reduces the amount of nitrous oxide emission into the atmosphere.

CHUGG helps with food waste management in India by utilizing food waste for the generation of methane then combust the gas in the chamber to generate heat/electricity. The greenhouse gas reduction is expected to be minimal since the food waste is anaerobically digested and eliminates the emission of methane. Thus CHUGG curbs the emission of greenhouse gas and contributes to a greener environment by proving clean energy that replaces fossil fuel extraction and the use of synthetic fertilizer for agriculture.